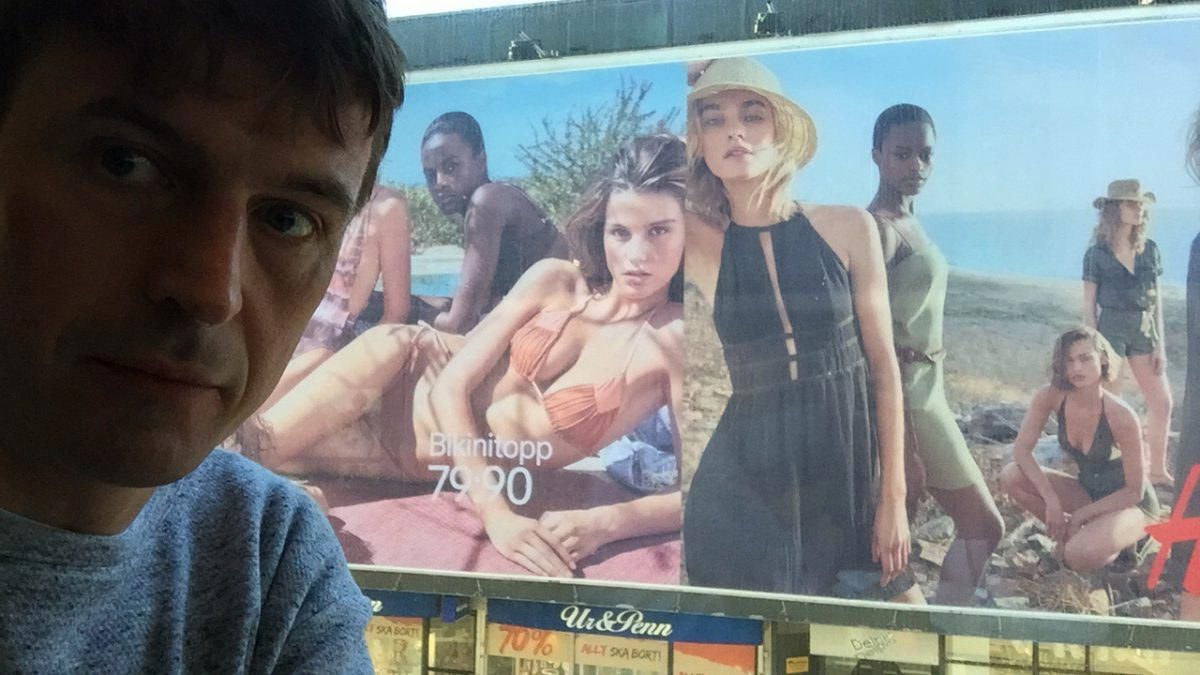 (For the benefit of my global readership, a speech in English, which I delivered on 17 June 2017 in Rome. A revised and defootbalised version can be found on Versopolis.)

Everybody speaks English. All three words in this short sentence are problematic. English, because the English used by educated native speakers is not the same language as the global lingua franca tourists, academics, and writer-footballers have recourse to. Speak, because it unduly emphasizes this one skill over the equally important skills of reading, writing, and listening comprehension. And most importantly, everybody, because in fact, out of the total world population of approximately 7.5 billion people, only about 350 million are native speakers of English and a very rough and disputable estimate of one billion are proficient non-native users. Which means that when we say everybody speaks English we take 1.35 billion for the total of 7.5 billion. We exclude more than five and a half people for every person we include in our use of everybody.

Hopefully, everybody speaks English in this room. If most of you understand most of what I am going to say, I will be content.

Why am I telling you this? First of all, I am not only a writer but also an English teacher, and I am a lot more sure of my competence in matters English than in matters literary. I have a diploma and I can teach English. Writers‘ diplomas are not handed out by creative writing instructors or journalists and academics, or booksellers and readers, or even fellow writers. They are bestowed on writers long after their death by posterity. And half of the time, posterity errs, forgetting the best and celebrating the mediocre. Second, while I am going to argue that there are no rules of good writing, if I had to name one rule of good writing, it would be precision and clarity. By precision I mean something quite different from pedantry, which is the misuse of precision where it makes no senes. Pedantry is precision for the sake of precision, it is precision used imprecisely, anti-precisely, stupidly. So when I suggested that in fact not everybody spoke English, was I being precise or pedantic? Third, my thesis today (by the way, I am only bothering you with a thesis because I am speaking English; in the Anglophone world you are supposed to come up with a thesis when you make a speech or write an essay or an academic paper, whereas the Teutonic tradition in which I have my primary roots tends to scoff at theses; I do not know about Italy), anyway, my thesis today is that in a very particular way style is indeed everything.

We know the quality of a writer by their style. When we say that style is everything, we mean that all writing is pervaded by its style and that style is omnipresent. Without its themes and ideas, a novel, for example, would be empty and shallow, without a plot and structure that create suspense it would be boring, without its characters it would lack emotional depth, etc. But these are more technical aspects and almost exterior to the quality of the writing itself, which we call style. Other than plot, structure, characters, setting, and what have you, style is not an isolated feature but all-pervasive, and in this sense it is, kind of, everything.

When we say someone has no style, we cannot mean this literally. What no style signifies is the absence of a coherently executed aesthetic principle, a lack of recognizable order. So no style is a type of bad style. Other types of bad style I can think of are the style that tries to come across as more than it really is or more than the content it conveys allows it to be, for example the pretend-sophisticated, the pretend-wise, or the pretend-learned style. All these styles which attempt to pass for something that they really are not could be grouped together as vulgar styles, for pretending to be something that one is not is the very definition of vulgarity, whereas the use of lower-class language or words which are taboo in polite society is not stylistically vulgar, only perhaps vulgar in a social sense, which does not concern us here and should not concern us anywhere at all. Another type of bad style stereotypical style, that is to say style which uses clichés in form and content.

Good style is a lot harder to spot and describe, let alone define, than bad style. In my opinion, good style is the result of a writer’s trajectory and the manifestation of their sensitivity, intelligence, and taste. All the past experiences, all the aesthetic decisions a writer has made during their lifetime, are present in their style. We should always be aware that while style is a highly individual and personal thing, it is always shaped by the social and economic conditions in which the writer exists. Style is often an affirmation and celebration of these conditions (Le goût est amor fati, as Pierre Bourdieu says), and no doubt sometimes an expression of resistance to them or of despair at them.

Language is a collective, communal thing, its history is the history of a group of people, the history of its literature is a collective’s history, the literature of any given time and place is a social phenomenon. So when we, in our Western tradition, celebrate the individual, individualistic writer and their aura, we affirm the autonomy of the individual. And we also affirm the autonomy of writing, which is much more than just the autonomy of the literary field in society. Literature is not only a social (or a biological or a historical or a psychological, etc.) phenomenon. First and foremost, it is a literary phenomenon.

I am not saying that creative writing classes are a waste of time. In the case of screenwriting, they are no doubt necessary, because screenwriters collaborate with a lot of other people they need to be coordinated with. And even for novelists who address their audience directly via a piece of paper or a screen, they are a good thing not only because they put the butter on the bread of a lot of writers. But if you teach literary style, it is either a crime or an act of idiocy to teach your own style or, as I have been told some institutions do, a house style. All you can do is encourage and guide your students to develop their own style, although I do not think a real writer needs that kind of encouragement and guidance. Your students can only follow you by following themselves, just like you, as an artist, as a writer, as a filmmaker, have always followed yourself.

The tricks of the trade which creative writing classes and similar institutions teach are not aesthetic or literary tricks, but social tricks: who to be friendly with, which contacts to seek and which to avoid, what to wear and eat and drink and say and think. Generally, advocating too many rules and following rules inflexibly is a sign of insecurity and betrays a lack of judgment.

Joseph Brodsky, whom I greatly admire, often told the story of the magic cloth that his fellow poet in Saint Petersburg, Evgeniy Reyn, had told him. If you put the magic cloth on a poem and then remove it, all the adjectives in that poem are gone. If there are many blank spots now, it is not a good poem. Ideally, there should be no blank spots or almost no blank spots at all. Well, this may be sound advice for some poets and for some poems, and indeed there is a type of ornate adjectival style which is rightly loathed by most writers. But then again there are lots of poets who wrote excellent poems with lots of adjectives in them. One of them is Joseph Brodsky.

Personally, I am an empiricist by temperament or by formation or by conviction, so I prefer an inductive approach to a deductive one, if I may borrow the terms from the field of logic. When my co-editor Thomas Pöltl and I were preparing the great writers‘ football anthology Against the Ball, our attitudes were diametrically opposed to each other. Thomas, an Aristotelian, had a general, abstract idea into which he tried to fit the texts by three score writers we had to arrange. I myself, on the contrary, preferred to first read the texts and then proceed from the concrete material to a general, largely implicit principle of arranging it. In the end, it all worked out fine, because the two approaches not only contradicted, but also complemented each other.

Football, by the way, is quite similar in this respect. Some coaches will always try to play a certain system, for example a 4-3-3 formation if they are Dutch or 3-5-2 like the recently fired coach of Rapid Vienna. Our coach, Willy Kaipel, prefers an inductive approach, so which system we play depends largely on which players Willy has at his disposal and to some extent also on who our opponents are. These two approaches are by no means irreconcilable and in fact every coach mixes them all the time.

I myself am an outsider to logic, and maybe some of you are outsiders to football, so let me offer you a third analogy. Roman law is based on abstract principles, whereas Anglo-Saxon law (case law, as it is aptly called) relies on precedent and avoids abstract principles and written rules. What unites the two legal traditions (and by the way other legal traditions too) is that every case and every cause has to be judged individually. And in matters of style it is the same: the quality of one’s style depends on the quality of one’s judgment much more than whether one proceeds by example or by principle.

Style unites the just, the good, and the beautiful (and for the sake of Plato and the Platonists we may add the true or what have you). In a very practical, non-Platonic way, it achieves a unity of the ethic and the aesthetic. And in that sense it is everything.